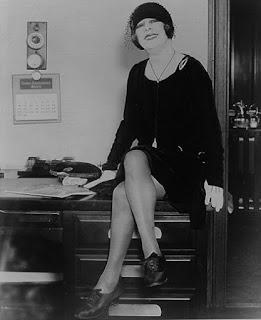 My God, I forgot Bess's birthday.

Bess Houdini was born Wilhelmina Beatrice Rahner on January 22, 1876, in Brooklyn, New York. At least that's the date that is most frequently cited. But as with her famous husband, Bess's exact birth date is not without controversy. Some sources, including the California Death Index, say she was born on January 23.

So maybe I have wiggle room and it's still okay to hold our birthday party for Bessie today. As more than one of my fellow Houdini buffs said to me, "If Houdini could have two birthdays, why not Bess?" 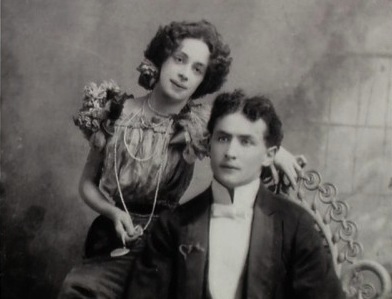 Bess and Harry worked as The Houdinis for several years before Houdini hit it big as The Handcuff King. But Harry and Bess continued to occasionally perform the Metamorphosis together on stage. Bess also saw after their menagerie of pets, collected dolls, and made the costumes for Houdini's full evening roadshow. She also said it was her duty to make sure her absent-minded husband was dressed well and had clean ears (yeah, a little mothering -- but this is Houdini we're talking about here).

By all accounts, Bessie was strong-willed, feisty, and very spirited. While her husband was a teetotaler, Bessie enjoyed her champagne. After Houdini's death, Bess continued promoting his legacy along with her manager and companion (and some say secret husband), Edward Saint. She occasionally performed magic herself, and also ran a tea room at 64 West 49th Street in New York called Mrs. Harry Houdini's Rendezvous (now the site of Rockefeller Center). In the 1930s she and Ed Saint moved to Florida and then to Hollywood. 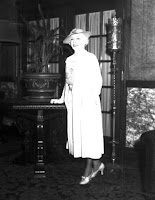 In 1936 Bess and Saint held the legendary Final Houdini Seance atop the roof of the Knickerbocker Hotel just off Hollywood Blvd. The event garnered headlines around the world, which may have been the actual intent. When asked candidly what they would have done had Houdini come back that night, they are both said to have laughed and Saint is reported to have said, "Bess would have dirtied her pants if that had happened!"

In 1939 Bess helped form the MagiGals, a group of female magicians and enthusiasts, which included Irene Larsen, co-founder of The Magic Castle. She also appeared as herself in the film Religious Racketeers

So today we say, Happy Birthday Bess. You are also The Great Houdini!

UPDATE: John Hinson, the great nephew of Bess and Harry Houdini, tells me Bessie's birthday was January 23. So it looks like I wasn't late after all! :)
Written by John Cox at 6:05 AM