Check out these photos of Bess Houdini (and Ed Saint) hobnobbing with show biz friends including magician Jack Gwynne at Sardi’s restaurant on Hollywood Blvd. in 1936. The man in the second photo is identified as Ray Gamble, a Tacoma business magnate and amateur magician. These photos come from the Tacoma Public Library collection. 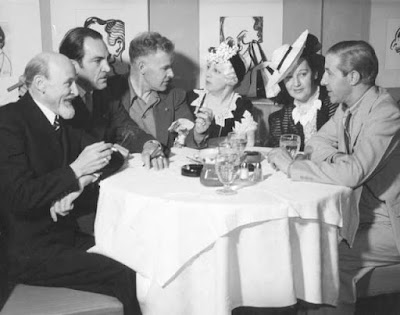 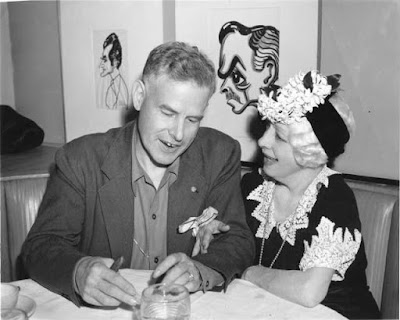 According to the superb blog Hollywoodland, Sardi's Hollywood opened in 1932 and was the sister of the famous New York Sardi's. It was designed by the world-renowned architect Rudolph Schindler and was a favorite restaurant of stars like Charlie Chaplin, Maurice Chevalier, Wallace Beery, Marlene Dietrich and Joan Crawford. Below is its current incarnation.


Watch WILD ABOUT HARRY this weekend for another Houdini related Hollywood adventure when we'll go in search of the final resting place of Dr. Edward Saint! Ed turned out to be far more elusive then we ever imagined.
Written by John Cox at 12:14 PM