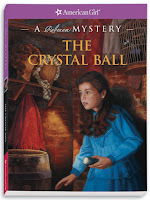 The intrepid Rebecca Rubin, a young sleuth growing up in a Russian-Jewish family in New York City in 1914, encounters Houdini in The Crystal Ball: A Rebecca Mystery by Jacqueline Dembar Greene. This is the lastest in a series of historical character books published by American Girl.

According the helpful folks at American Girl, the first two chapters of The Crystal Ball describes a scene where Rebecca and her family go to see Houdini perform one of his escape acts in Times Square (this one perhaps?). The book concludes with a nonfiction essay that further delves into the historical aspects of the book, including four pages on Houdini and his work with pictures and illustrations.

The Crystal Ball: A Rebecca Mystery will be released February 28, 2012, and can be pre-ordered in hardcover or paperback from Amazon.com. 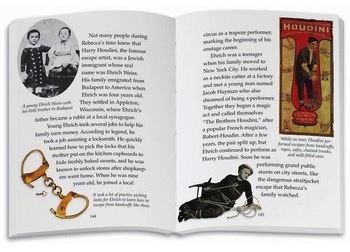 Thanks to Kevin Connolly at Houdini Himself for first alerting me to this book.
Written by John Cox at 7:40 AM