Houdini on the covers of Ragtime

By far the most well regarded piece of "Houdini fiction" is the 1975 bestseller Ragtime by E.L. Doctorow. Houdini is featured in this book alongside several other famous personalities of the age, including Henry Ford, J. P. Morgan, Evelyn Nesbit, and Sigmund Freud. The book has seen many printings and many different covers, but for me the best was this 14th printing paperback from January 1981. Of course, that's because it's the cover that features the best image of Houdini himself. 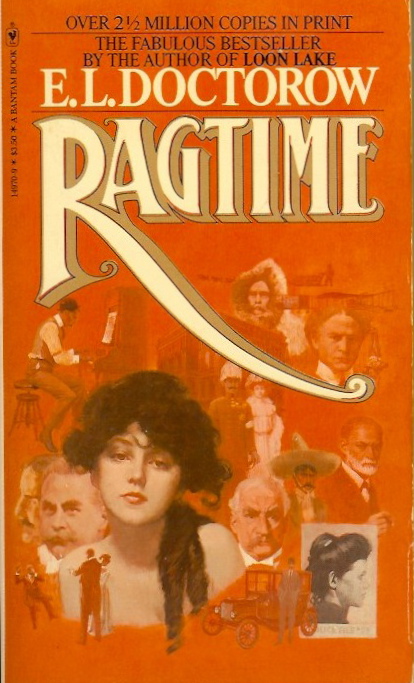 Here are the only other editions of Ragtime (that I know of) that show Houdini on their covers; the first edition paperback from 1976 (there is also an orange version of this cover) and a 1976 hardcover book club edition.

Ragtime -- which went on to be adapted as a movie and stage musical -- is still in print and available from Amazon.com.
Written by John Cox at 7:31 AM