The Spencers revive Houdini's Walking Through A Brick Wall 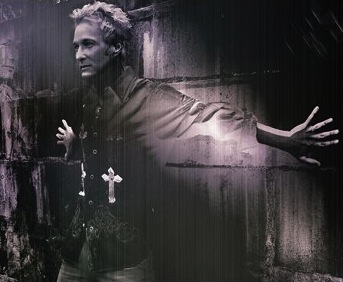 Magic duo The Spencers have added to their "Theater of Illusion" show a modern recreation of Houdini's Walking Through A Brick Wall. They will perform the illusion this Friday at the Performing Arts Center at Lincoln-Way Community High School in New Lenox, IL. Here's a description of their effect from Kevin Spencer and the The Courier News:

"One of the things we are featuring this year is a re-creation of Harry Houdini’s walking through a brick wall," he said. "In 1914, Houdini walked through a solid brick wall on the stages of Broadway. He did it for only a few months, and then he stopped. Lots of speculation about why he may have stopped, but nobody knows for sure. But since 1914, no other magician has ever attempted that illusion live onstage. So what we’ve done is taken that concept … and made it very hip, very sophisticated."

When audiences come into the Performing Arts Center at Lincoln-Way Community High School for the 7:30 p.m. show, walk in, they will see eight concrete cinderblocks. People are even invited to inspect the blocks and make sure they’re real.

Then, a member of the audience is invited onstage to watch the Spencers stack the blocks into place, with bars connecting the blocks. That audience member then holds onto the wall while Kevin Spencer visibly walks through the concrete to the other side of the wall.

"It’s not only a great piece of magic, but the fact that we get to use someone from the audience makes it a great piece of theater too,” he said. "It’s a really fun illusion for me to perform."


Sounds pretty cool. However, it isn't entirely correct to say that "no other magician has ever attempted the illusion live onstage." Doug Henning performed the illusion on his third live television special in 1977.


You can check out The Spencers tour schedule and more information via their website spencersmagic.com. To buy tickets to this Friday's performance in New Lenox, visit the Lincoln-Way series website.
Written by John Cox at 7:52 AM