Having cast the unknown Jane Connelly as the leading lady in his first independent feature, Houdini would turn to an established actress as his co-star for his next film, Haldane of the Secret Service (1923). Born in New York City on March 5, 1899, Gladys Leslie was a 24-year-old starlet when she played Adele Ormsby in what was to be Houdini's last movie. 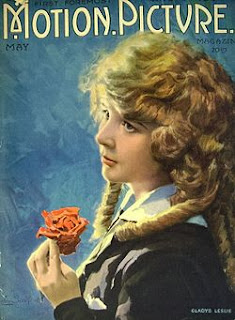 "The Girl With the Million Dollar Smile" and at one point a rival to Mary Pickford, blonde Gladys Leslie had begun her screen career in the early 1910s as an extra in Edison one-reelers. She became a star with the Thanhouser company in 1916, appearing as winsome waifs in Falstaff brand comedies.

The following year, she played the youngest daughter of Frederick Warde's The Vicar of Wakefield and starred in the title-role of An Amateur Orphan (1917), a Pickford-esque fairytale filmed on location in upstate New York.

Switching to Vitagraph, Leslie continued to play dimpled ingenues, but her career was already waning by the early '20s. She always maintained that she would quit films once her bank balance "has mounted high enough" and by 1925 she did just that, apparently never looking back. ~ Hans J. Wollstein, Rovi 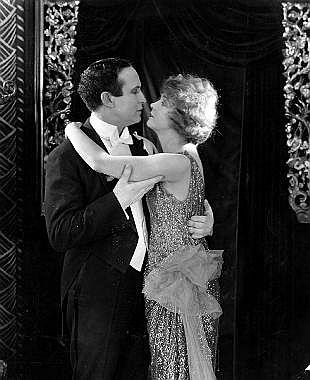 More Houdini leading ladies:
Written by John Cox at 9:57 AM