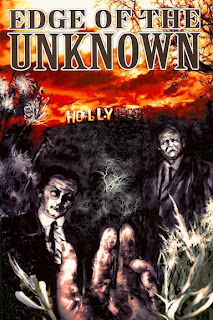 Having had only a limited printing in 2010, the Houdini graphic novel Edge of the Unknown by Jon Vinson and Marco Roblin is making its "Southern California Premiere" at WonderCon in Anaheim: March 16th, 17th, and 18th, 2012.

Originally published as a 4-part comic book series under Vinson’s DIY imprint: DUB Comics, the Collected Edition Edge Of The Unknown brings together the complete series in one graphic novel, plus 8 additional pages of annotated historical notes and a gallery of the 4 original covers.

Writer/publisher Jon Vinson will be signing books and meeting fans in the Small Press Area of the Anaheim Convention Center during WonderCon. He will have copies of the graphic novel on sale for $18, as well as showing exclusive sneak previews of his upcoming books, including Edge Of The Unknown 2.

Edge of the Unknown is also now available for download via iTunes and the iBookstore for $5.99. This electronic version can be read using iBooks on an iPad, iPhone (3G or later), or iPod touch (2nd generation or later). You can download the first issue as a free sample.

Edge Of The Unknown is set in Hollywood in 1923 and finds Houdini, Arthur Conan Doyle, and H.P. Lovecraft investigating a series of grisly cult-like murders. It's a very well crafted Noir mystery with a nice dash of the supernatural and is extremely well researched with many nods to L.A. landmarks both familiar and obscure. (You can read my full review here). 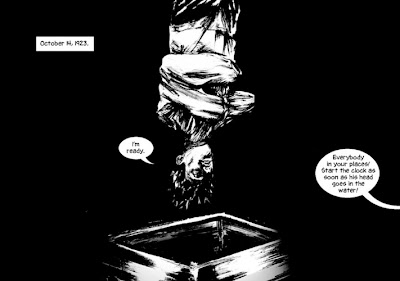