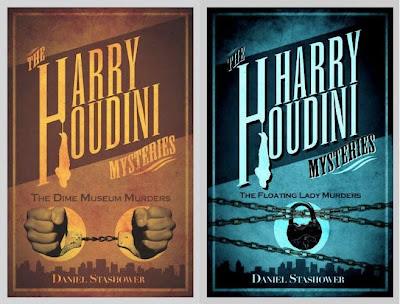 was first published in 1999 and The Floating Lady Murder

was first published in 2000. These new editions sport nice new uniform cover art. They are also available for the Kindle.

Daniel Stashower's final Houdini Mystery, The Houdini Specter, will be released on June 12, 2012.
Written by John Cox at 12:14 AM