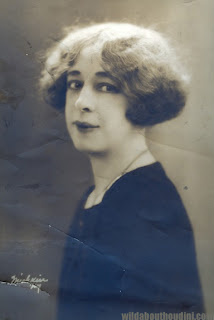 Houdini's Women will be included in a new collection of Amy Schreibman Walter's poetry due out in 2014.

You can read Houdini's Women at The Good Men Project. Amy has also shared some thoughts about the poem on her blog, Amy Schreibman Walter.
Written by John Cox at 12:35 PM