Every year since 1969 The Society of American Magicians have held a wand breaking ceremony at the grave of their "Most Illustrious" president, Harry Houdini (last year was canceled because of Hurricane Sandy). In an effort to keep the event private and avoid bringing unwanted attention to the gravesite, several years ago the SAM stopped holding the ceremony on Halloween and instead now select a secret date in November.

I don't know when the ceremony will take place this year (or if it has already), but to give a taste of the event, here are photos and memories of the SAM wand breaking ceremony on the 50th Anniversary of Houdini's death in 1976. These come from our friend and long-time Houdini buff, Jeff Abraham, who was lucky enough to attend when he was only 14. Jeff remembers:

"At the time, I was card carrying member of both IBM and SAM, and probably read about the ceremony in M.U.M.

The one thing I truly remember about that day - it was very overcast with a little rain in the air, but at 1:26pm, the sun burst out from the clouds as if the man himself gave his blessing to the ceremony.

I remember Larry Weeks being there, a legendary name in the magic circles at the time. I do recall him having tears in his eyes.

I don't think I needed to show proof of membership to attend, but I did wear a jacket that had a SAM patch of it, so I wasn't taking chances." 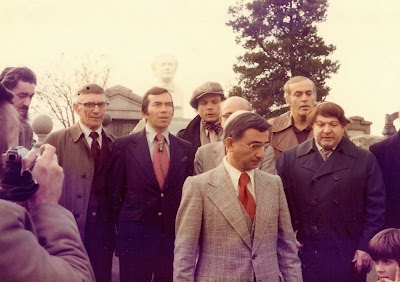 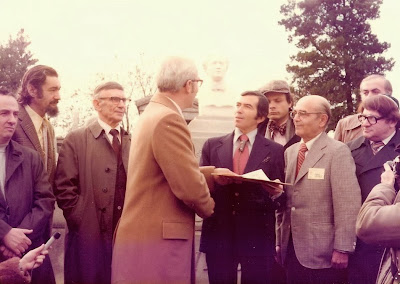 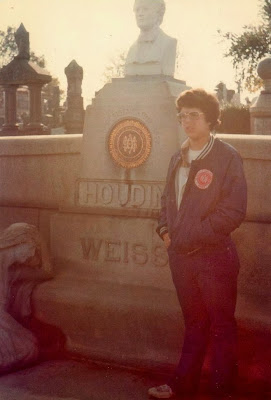 UPDATE: I've been told there was a wand breaking ceremony this year "handled by the local NYC assembly."
Written by John Cox at 10:43 AM