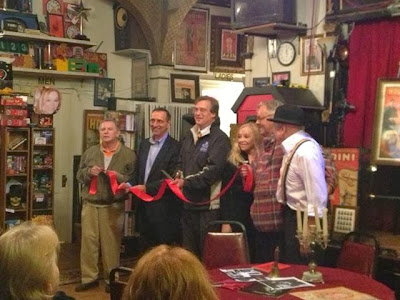 Mayor Christopher Doherty proclaimed November 1, 2013 as "Dorothy Dietrich Day" in the city of Scranton, PA. The honor was bestowed on Dorothy for all the business and tourism her Houdini Museum has brought to the city, as well as the publicity generated when she and Dick Brookz replaced Houdini's bust on his grave in Queens during a "commando" raid in 2011. The proclamation read in part:

I, Christopher A. Doherty, Mayor of the City of Scranton, do hereby proclaim Friday, November 1, 2013, as “Dorothy Dietrich Day” and ask all citizens to join me in applauding her and her outstanding commitment to honor the legendary magician of all time, Harry Houdini, and bring honor to him and to the City of Scranton as well.


Dorothy attended a special signing at the Poli Theater in Scranton where Houdini himself performed. She performed a straitjacket escape and also signed photos. The weekend celebrations also saw the official unveiling of the new marquee for the Houdini Museum (below). Electric City, the area entertainment guide, devoted a terrific cover story to Dorothy, which you can read online HERE. 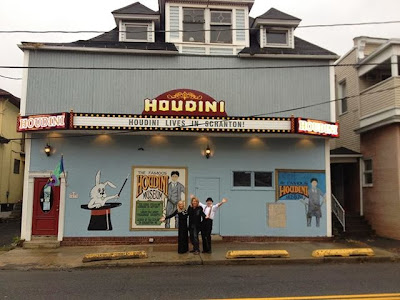