This is one of Houdini's earliest newspaper notices. It appeared on the front page of the Chicago Journal on January 5, 1899, a month before he was discovered by Martin Beck. What I love about this is it's a remarkably understated and mysterious introduction to Houdini. Notice how it doesn't even specify any venue where he is performing. He is simply a "strolling magician" who stopped in at police headquarters, escaped all their restraints, and went away laughing. Who is this mysterious Harry Houdini? Where might this strolling magician appear next? 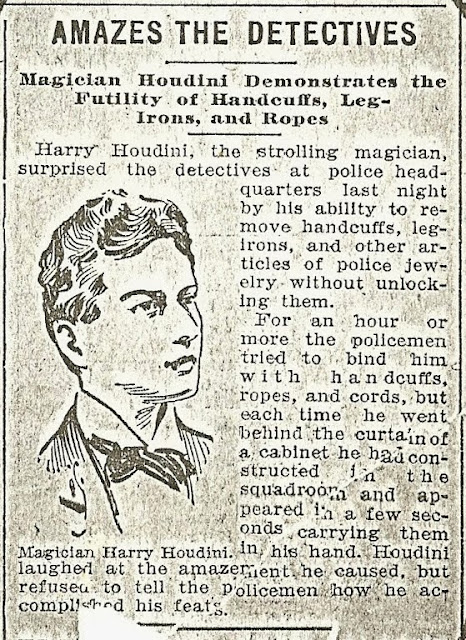 Thanks to Patrick Culliton for this one.
Written by John Cox at 2:00 PM