Connor Kelly is the young Hardeen 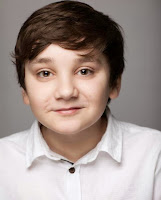 The Scunthorpe Telegraph reports that 15-year-old Connor Kelly has landed the role of Houdini's brother "Dash" in the childhood sequences of Houdini the miniseries. The young actor recently spent six days in Hungary to prepare for filming.

"Connor had a fantastic time in Hungary, he loved the experience," said his mother, Amanda. "Adrien Brody and Kristen Connolly were both very nice people and said they were excited about working with Connor."

Kelly is already a veteran of the English stage, having spent three years in London's West End in Billy Elliot.

In other Houdini miniseries news, Kecskemét TV reports that the production will be closing streets for shooting in Kecskemét (the Katona József area) November 7 through 9. 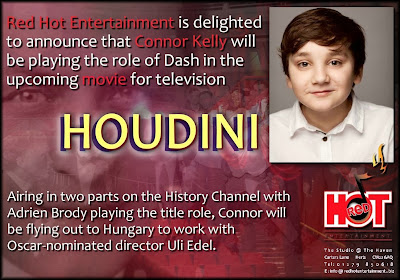