'Monsters Among Us' scares up Houdini

Monsters Among Us is a fair-to-middling horror documentary series from 2015 that's currently streaming free on Amazon Prime. I've been using it as a way to wind down from my day. Last night as I was falling asleep to episode 4, "The Spirit World", my eyes suddenly shot open at the mention of Houdini! 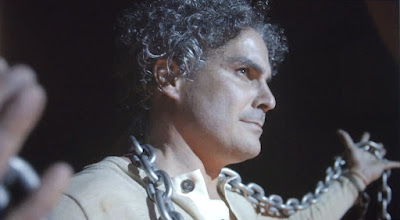 It's just a short segment that makes the usual (not technically correct) connection between Houdini's mother's death and his crusade against fraudulent spirit mediums, with actors playing Harry and Bess. According to IMDb, the episode first aired on USA on October 6, 2015.

You can stream or buy Monsters Among Us episode 4 "The Spirit World" on Amazon. The Houdini segment hits at 00:42:45.