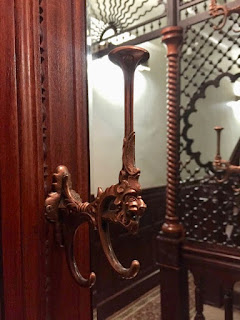 Last month came news that Houdini's New York brownstone had sold. This is the first time the house has changed hands in 27 years. Fred Thomas, the previous owner, had converted the house to apartments, adding some walls and closing off spaces. But as we discovered at last year's open house, many of the original details and woodwork survived, especially on the parlor level. It was still recognizably Houdini's 278.

Over the past year, Houdini fans everywhere held their collective breaths. Who would buy the house and what would they do with it? One fear was that it would sell to a developer who might gut it and complete its transformation into an apartment building. As the house did not have any historic protection, it could have even been leveled in favor of modern construction. This would have not only been a crime against Houdini history, but to New York history as well.

Well, the good news is the new owners (a family) are thrilled to have Houdini's house, and are committed to preserving all the history that remains. They will even restore some of what's been lost. They tell me:

"It’s very important to us historic elements are preserved and to clean throughout but update only in areas where Fred already modernized." 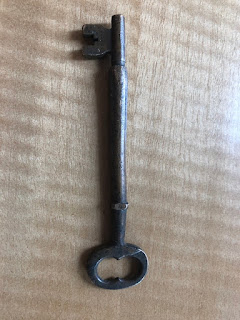 But maybe their most mysterious discovery so far is a large brass skeleton key which does not seem to fit any door. Should we try this on the Water Torture Cell or Double Fold chest? Paging David Copperfield!

The family, who are fast becoming Houdini fans themselves, are also hoping to confirm or debunk some of the myths about the house. Was there really a secret passageway to the cafe on the corner? Do the walls contain hidden spaces to conceal assistants? Does any wiring from Houdini's famous "bugging" system remain?

As for any ghosts, well, the wife is a cancer immunology researcher and she says, "The only supernatural forces I believe in is the magic of the immune system making cancer disappear."

The house will remain private so the firm Do Not Disturb policy that we all respected when Fred owned the house remains in effect. The owners say this is "simply for the safety and privacy of our family, not any disrespect for the community."

So we can all breath a sigh of relief that 278 now has caring and committed owners, and the Houdini history contained within those walls is as safe as the days when Houdini himself walked the hallways.