The Catalina Island Museum screened Paramount's classic 1953 Houdini starring Tony Curtis and Janet Leigh in their outdoor amphitheater last night. Despite an island wide water outage that closed restaurants and bathrooms all over Avalon, the museum's second magic-themed "First Friday" event was well attended and another big success. I was there with Joe Notaro and the mighty Arthur Moses, and we got the VIP tour of Terror Island shooting locations (reachable only by boat) from museum Executive Director and now official "Houdini Nut" Julie Perlin Lee. 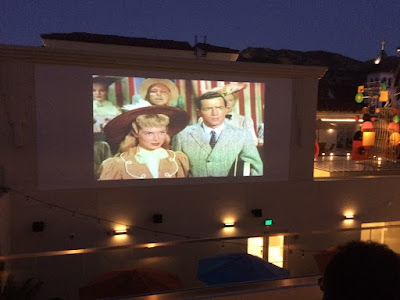 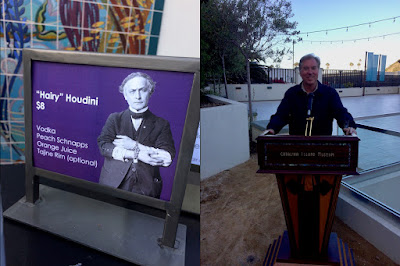 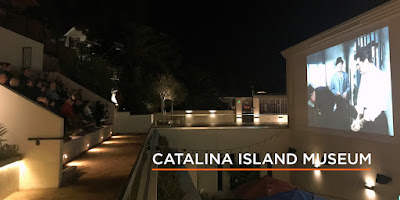 The Houdini screening started at sunset and the audience seemed to really enjoy it. I gave a short introduction providing some historical background. I also offered up my defense that, while the movie dabbles in fictionalization and myth, it still gives a generally accurate overview of Houdini's life and career, and it's still the most entertaining of all the Houdini biopics. One thing I enjoyed sharing was my recent discovery that Tony Curtis watched Terror Island in preparation for the role, at least according to this item in the July 29, 1952 Los Angeles Times.

Of course, the Catalina Island Museum currently has on show Houdini: Terror on the Magic Isle, an exhibition entirely devoted to Houdini's 1920 movie which was shot on Catalina Island. A must see!

For more information and upcoming events (including a screening of Death Defying Acts on July 18) visit the Catalina Island Museum website or Facebook.

UPDATE: Check out Joe Notato's account of the day at HHCE.