The Jewish Museum of Maryland will kick off their series of Houdini exhibition tie-in events this Sunday (July 1) with a talk by David Jaher, author of the excellent The Witch of Lime Street: Séance, Seduction, and Houdini in the Spirit World. 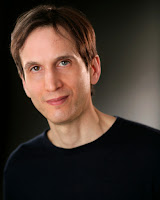 The Jazz Age Psychic Contest of 1923-25 offered more money than the Noble Prize. It was sponsored The Scientific American Magazine and was judged by some of the top scientists in the United States, and one great magician, Harry Houdini. The contest was an international search for a genuine psychic, and attracted one charlatan after another until a young and beautiful Boston psychic entered at Sir Arthur Conan Doyle’s urging. The competition between the medium Margery and Houdini led to one of most famous rivalries of the Jazz era.

Talk followed by book signing – copies will be available at Esther’s Place, the JMM Shop.

Click here for more information and to buy tickets.


The Jewish Museum of Maryland's exhibition Inescapable: The Life and Legacy of Harry Houdini runs through January 21, 2019. For more information and a full list of events, visit their website.