How did I miss this? 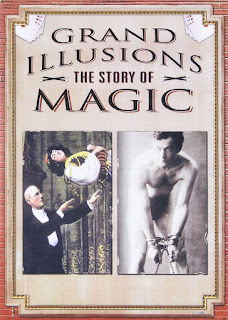 Somehow I completely missed this when it was released in 2002, but I just caught Grand Illusions: The Story of Magic

on Netflix, and was thoroughly impressed with the Houdini episode. It's actually one of the better Houdini documentaries out there.

My biggest surprise is that it contains the rare footage of Houdini performing the "Thumb Racket," which I had only just learned about in Pat Culliton's Houdini The Key. But it's been right here all these years! The other episodes are first rate as well, although some are now dated.

There is also a Grand Illusions: The Story of Magic Part Two

, which you can bet I'll be checking out soon.
Written by John Cox at 8:31 AM