FIRST PHOTOS FROM THE SET OF HOUDINI!

The Hungarian website FilmHu has just posted the very first photos from the set of the Houdini miniseries currently shooting in Budapest. These shots do not show any filming, but they still tell us a lot! This set appears to be the Appleton Wisconsin of Houdini's childhood (1880s). But the most exciting and revealing image is that of the traveling circus wagon of Dr. Lynn. 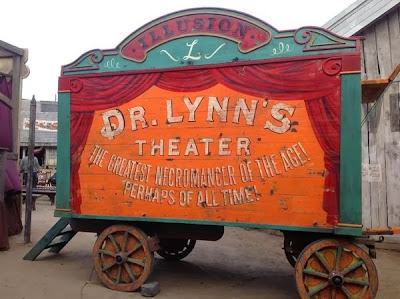 Seeing a performance by Dr. Lynn as a young boy is generally considered Houdini's first encounter with magic. Lynn was famous for a grisly effect called "Palingenesia" in which he would dismember and then restore a member of the audience. Houdini would later acquire Lynn's apparatus from the late magician's son and perform some of his feats, including Palingenesia, in his own Full Evening Show.

Note that Lynn's billing, "The Greatest Necromancer of the Age! Perhaps of All Time!", is the exact billing Houdini used near the end of his career. Nice.

This is very exciting as it marks the first time any biopic has dramatized Ehrich's encounter with Dr. Lynn. (Yes, I'm well aware the Lynn performance happened in Milwaukee and not Appleton, but let's cut them some slack.)

Here are some other shots of period Appleton during what appears to be Halloween? This just gets better and better. 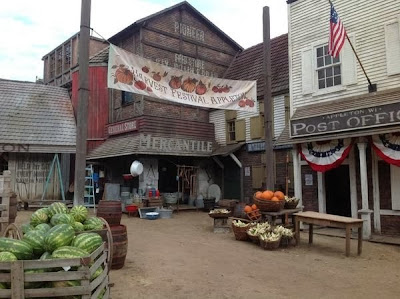 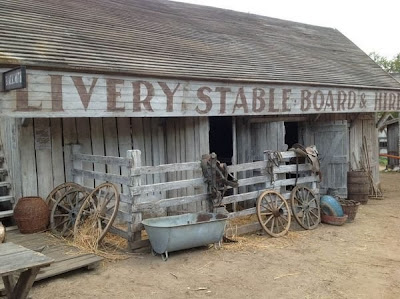 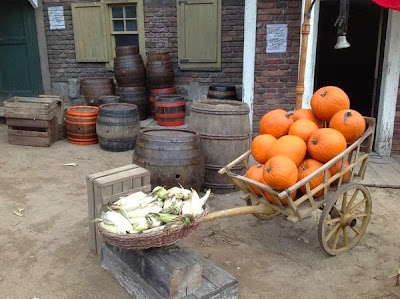 Houdini stars Adrien Brody as Houdini and Kristen Connolly as Bess. It's being directed by Uli Edel from a script by Nicholas Meyer. Houdini is an A&E Studios Lionsgate co-production. The 4-hour miniseries will air over two nights in 2014.
Written by John Cox at 12:13 PM