Vernon now bashing Houdini from beyond 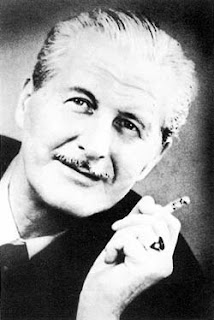 The October 2013 Magic Castle Newsletter has launched a new column, "Storytime with The Professor", featuring memorable tales told by the late Dai Vernon. The inaugural story is about, what else, Houdini, and in it Vernon recounts how S.A.M. members once "tricked" Houdini into going into a closest at the New York Hippodrome and locked him inside. "We pulled this trick on him because he was such a terrible egotist," said the man who's own ego was pretty well developed.

Of course, this Houdini locked in a closet story is told numerous times and always the teller is the one who managed the deed. The location changes as well. It's sometimes a closet, sometimes a phone booth, sometimes a pay toilet, and sometimes an automobile. The best evidence for a "Houdini locked in" tale is a newspaper account of a man named E.P. Wilkins locking Houdini in a phone booth at the Savoy Hotel. This is reproduced in The Original Houdini Scrapbook by Walter B. Gibson (page 166).

So either locking Houdini inside closets was a regular activity, or the old Houdini hater Vernon metamorphosed Wilkins story with himself in the lead role. One wonders if the famous story of Vernon fooling Houdini with a card trick might have also been an self-aggrandizing invention (or, at least, exaggeration). For all the scrutiny given to events in Houdini's career, this Vernon story gets a big pass. But did anyone actually witness it? Did Vernon ever tell this story when Houdini was alive? And would Harry Houdini really have been fooled by The Ambitious Card?

The October newsletter also contains a brief about Kristen Connolly's visit to the Magic Castle with Tom Interval and myself last month. Kristen is playing Bess in History's 4-hour Houdini miniseries currently shooting in Budapest. At least we know that story is true.