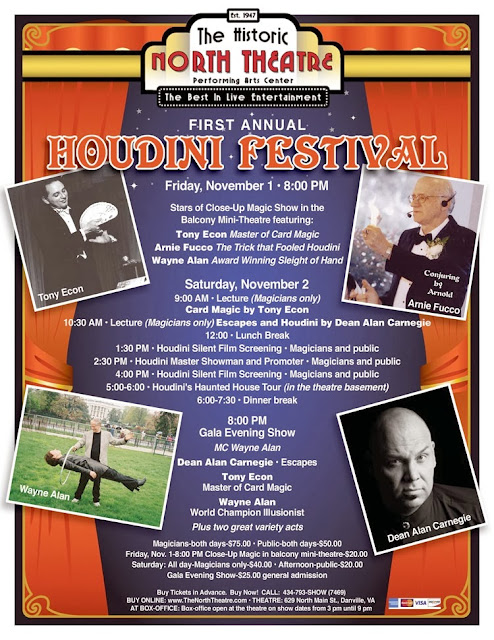 The "First Annual Houdini Festival" will be held at The Historic North Theatre in Danville, Virginia, November 1-2, 2013. The North Theatre is a beautifully restored 1947 Vaudeville house with a full balcony. The event is open to the general public as well as magicians.

There will be Houdini lectures (one by our friend Dean Carnegie), screenings of his silent films, and a Gala Evening Show with performances by Wayne Alan, Tony Econ, Arnei Fucco, and Dean Carnegie. There will also be a special "Houdini's Haunted House" in the theatre's basement.

Thanks to Dean Carnegie at The Magic Detective.
Written by John Cox at 7:37 AM

Email ThisBlogThis!Share to TwitterShare to FacebookShare to Pinterest
Tags: Events, Other magicians, Screenings